Under the Dome: Walks with Paul Celan by Jeane Daive, translated from the French by Rosmarie Waldrop (Burning Deck) 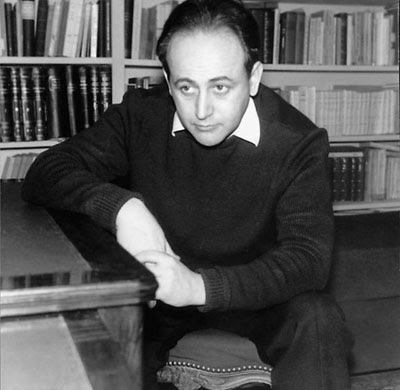 Under the Dome is a record of a friendship; an impressionistic memoir recalling conversations (both profound and inconsequential) and encounters – lunch dates, walks – between 1965 and 1970, from which emerges a composite portrait of Paul Celan. He was a good listener, apparently, and spoke in a “neutral, toneless voice”. He also made wonderfully gnomic pronouncements: “Use the colon. It syncopates.” “Passage still takes place in language. That’s all I have left.” “Heimat is an untranslatable word. And does the concept even exist? It’s a human fabrication: an illusion.” They talk about the murder of Rosa Luxemburg, about Kafka (“a poem is always a letter to the father,” says Celan), Heidegger, Tarkovsky, Adorno.

Iterative, fragmentary and suffused with an atmosphere of Paris in the late afternoon, Under the Dome precisely evokes the insistence of memory. Daive recalls Celan’s dirty fingernails, his conviction that Rimbaud watched over him while he translated “Le Bateau ivre”, and the way he could turn even a burnt omelette into a bad omen. He remembers the poet doing his laundry in the bare apartment he occupied on the Avenue Emile-Zola after separating from his wife Gisèle. He recalls the cave-like courtyard in the Rue Tournefort where “Paul went out of his mind” and was taken away by the police; and he remembers visiting him in a psychiatric hospital. He muses upon Celan’s failed suicide attempt and their terrifying last phone conversation, but most of all upon the poet’s sudden disappearance (he probably jumped from the Pont Mirabeau into the Seine), Gisèle’s description of the poet’s body in the morgue, his funeral, and the desk and bookcase Celan left behind in Gisèle’s apartment on the Rue de Longchamp.

One of the most striking moments in Under the Dome occurs when Celan comes face to face with the slogan “We are all German Jews”, during the riots of May 1968. It is almost obscene, prompting a mocking smile from Celan.* “Celan’s plunge into the Seine has the sense of crossing a threshold,” Daive writes of the death of the author of “Es war Erde in ihnen” ("There was earth inside them"). “It’s because heaven is no longer open to man that man plunges into the waters and digs the earth.”

* I am grateful to Stephen Menn at McGill University, Canada, for contacting me: “A point from your TLS review of Jean Daive’s Under the Dome – a book I haven’t read. But you speak of a moment in the book where Celan ‘comes face to face with the slogan “We are all German Jews”, during the riots of May 1968.’ The way you put it – and very likely this is what Daive and even Celan himself thought – suggests that the protesters were comparing themselves to the victims of the Holocaust, and naturally Celan would have been appalled by this. But I am almost certain that this is not what they were doing. Rather, they were responding to a right-wing newspaper which had described Daniel Cohn-Bendit, blamed as a foreign troublemaker, as a ‘German Jew’. The protesters would have been declaring their solidarity with Cohn-Bendit. I believe that Cohn-Bendit describes the incident in his book Le gauchisme, remède à la maladie sénile du communisme, although it has been almost 30 years since I looked at the book.”

He is quite right about the Cohn-Bendit connection. I suspect Celan probably did interpret it in a broader sense, and perhaps the slogan resonates on two levels. However, to add a further twist, Cohn-Bendit was a German Jew, whereas Celan wasn't. It just struck me as a powerful moment: Paul Celan meets the riots of 1968.