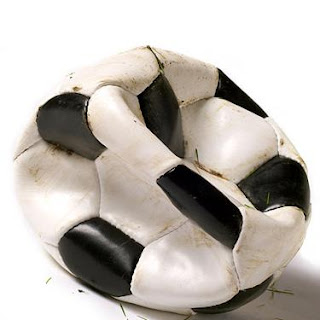 England flags everywhere – and then the old arch-enemy reappears: Germany. The tabloids love it. The World Cup seems specifically designed to stoke up nationalist feeling in a way no other sporting event can match.

But something occurred to me as I watched England v. Slovenia on Wednesday: at one point the England fans began to chant ‘Rule, Brittania, Brittania rules the waves . . .’. But this is a song about Britain, not England (‘Britons never will be slaves’).

Then I thought back to the beginning of the match when both teams sang their national anthems.

England doesn’t have a national anthem.

Wales uses ‘Land of My Fathers’ as its national anthem, not ‘God Save the Queen’.

Like England, Scotland doesn’t have an official national anthem, but the Scottish national football team prefers ‘Flower of Scotland’ (little wonder, as an early version of ‘God Save the Queen’ includes the lines ‘And like a torrent rush, / Rebellious Scots to crush’).

So only England sings ‘God Save the Queen’, the national anthem of the United Kingdom.

And what an awful, grovelling national anthem it is. As Peter Tatchell has observed, ‘“God Save the Queen” is not about the British people and our magnificent achievements in the fields of science, arts and humanitarianism. There are no noble ideals like liberty and equality. Our anthem is all about slavish deference and idolatry – the veneration of aristocratic privilege, inherited status and monarchical rule. It promotes jingoism, war, imperial conquest and the British people’s subservience to God and royalty.’

And not even English people's subservience to God and royalty.

Still, it gives English people something to ponder on Sunday when the English football team will once again sing the national anthem of . . . er . . . the United Kingdom.

What should the English national anthem be? Some have suggested ‘Jerusalem’, but I shall not rest until 'The Fresh Fruit Song’ becomes our official national anthem. (Fresh fruit is, after all, extremely good for you.) Sadly, the only version I could find of this heart-warming air is performed by an Irishman dressed as a German . . .

Posted by Ian Pindar at 7:41 AM
Labels: england, football rubbish