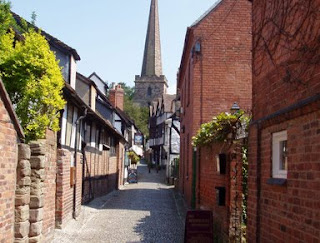 Just back from the Ledbury Poetry Festival and thoroughly enjoyed it. I was with the Director of the Poetry Society Judith Palmer and the wonderful Neil Rollinson.
The event was called ‘Getting Known’ (after Krapp’s Last Tape). We read some poems and discussed what a ‘career’ in poetry might mean – or if such a thing even exists – and the difference between having a career and being a careerist.
To illustrate the importance of finding the right publisher I read this plaintive letter from William Carlos Williams to his young publisher James Laughlin, who founded the independent publishing house New Directions (or as Ezra Pound preferred to call it, Nude Erections).
The letter is dated 29 January 1938, and you have to bear in mind the fact that Williams is 55, while Laughlin is just 24.

‘Dear Jim,
I confess I feel rather heavy hearted at seeing two chances for publication by standard houses going up in smoke. This last was the hardest to digest. A book of Collected Poems by the Oxford University Press would have meant a certain prestige for me which I have wanted, not too seriously, all my life.
But would it have done me any good as a writer? Certainly not. All my life I have opposed just the thing that the Oxford University Press represents – within certain limits. The only good that would have come out of that venture . . . would have been the publicity and increased sales that would have resulted.
You are young at the game of publishing. That’s the fine thing about you as a business bet. You have no preconceived ideas, you are willing to back your real personal convictions. You have published me. At the same time it was distressing to me to have people asking as they still ask: Where can I get the book? Nobody seems to have heard of it.’

This is from William Carlos Williams and James Laughlin: Selected Letters – fascinating reading for anyone interested in the relationship between poets and their publishers.
In the context of poetry careers, I wish I’d had the foresight to mention Tom Raworth, whose situation is nicely summed up by Jeremy Noel-Tod in the New Statesman:

‘Literary history shows that much of the enduring poetry of any age is written by people too busy, modest or otherwise engaged to compete with the self-publicists who pass as the poets of the day. Some eventually emerge into eminence, but others remain obscure, to be discovered by a later era.

Fortunately, Tom Raworth - as the author's note to his latest collection puts it – is "not yet dead, but living in Brighton". And, after four decades of evading eminence in his native country, his achievement may finally be catching up with him.’