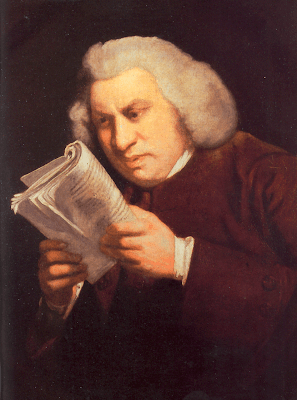 Dr Johnson “invented biography as a medium” and he’s the star of Boswell’s celebrated Life (1791), so it’s perhaps no surprise that nowadays Johnson is more read about than read. In this lively new addition to an already crowded market, David Nokes, who died last year, bluntly states that the “ugly and penniless” 25-year-old Samuel Johnson married the plump 45-year-old widow Tetty Porter because she was rich. Johnson had just had his studies at Oxford cruelly cut short through lack of funds, so it was an opportunity he seized upon. Nokes plays down Johnson’s “obsessive fears of insanity” and presents us with a far more calculating figure. He not only married for money but wrote his celebrated dictionary out of a “thirst for recognition” and the hope it might result in an Oxford fellowship (the shock and disappointment of having to abandon his studies never left him). Boswell was sorry not to be mentioned in Johnson’s will, but Johnson caused even greater consternation among his friends by leaving his entire estate to his black servant Francis Barber.
Posted by Ian Pindar at 9:13 AM
Labels: from the guardian: 24.07.10