Inside the Kingdom: Kings, Clerics, Modernists, Terrorists and the Struggle for Saudi Arabia, by Robert Lacey (Arrow) 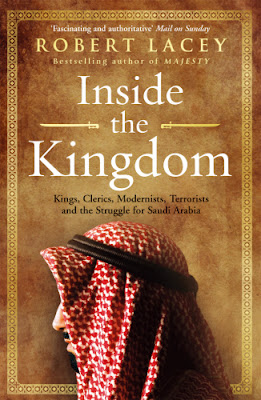 “At the heart of the Saudi state lies the bargain between the religious and the royals,” Robert Lacey argues in this gripping account of the power struggle between the Saud dynasty and Saudi Arabia’s fanatical Wahhabi clergy. Lacey charts the rise of Wahhabism from the 1970s to 9/11, when the House of Saud stopped trying to appease the clerics and objected that Saudi Arabia was not Iran: “Rulers must rule, and the religious must go along with that.” By then, of course, Saudi Arabia had given the world Osama bin Laden and 15 of the 9/11 hijackers. A sequel to The Kingdom (1981), this important book re-examines Saudi Arabia post-9/11. Many Saudi women are lesbians, Lacey claims, as a result of strict segregation, while “the Kingdom’s terrorist problem might boil down to sexual frustration”. He looks at a successful rehabilitation programme for Saudi jihadis, who are released early from prison and given £10,000. They marry, buy a flat and “stylish furniture, a flat-screen television and a coffee machine” and become model citizens.
Posted by Ian Pindar at 1:23 PM
Labels: from the guardian: 14.08.10