The Theatre and Its Double, by Antonin Artaud, tr. Victor Corti (Oneworld Classics) 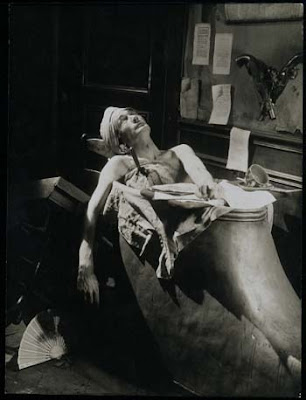 “In Europe no one knows how to scream any more,” complains Antonin Artaud (1896–1948) in this brilliant attack on institutionalized theatre, and on contented, bourgeois audiences expecting to be entertained. “There is something about a spectacle like the Balinese Theatre which does away with entertainment, that aspect of useless artificiality, an evening’s amusement so typical of our own theatre. Its productions are hewn out of matter itself before our eyes, in real life.”

The lectures, essays, letters and manifestos gathered here flesh out Artaud’s notion of “a truly Oriental concept of expression” in opposition to Western norms. He called it his Theatre of Cruelty, which, despite its connotations of violence, affirmed life. As Artaud explained in a letter to Jean Paulhan: “I said ‘cruelty’ just as I might have said ‘life’ or ‘necessity’, because I wanted especially to denote that theatre to me means continual action and emergence, above all there is nothing static about it, I associate it with a true act, therefore alive, therefore magic.”

At the heart of Artaud’s project is an attack on the authority of language, literature and especially the script. He wants to “break theatre’s subjugation to the text and rediscover the idea of a kind of unique language somewhere between gesture and thought”. As Derrida observed, “The theatre of cruelty is not a representation. It is life itself, in the extent to which life is unrepresentable.”

Perhaps only Artaud could have found similarities between Balinese theatre, Lucas van Leyden’s Lot and His Daughters (c.1509) and the films of the Marx Brothers (“the end of Monkey Business [is] a paean to anarchy and utter rebellion”), but his passion and drive are never in doubt. The Theatre and Its Double originally appeared in 1938, when Artaud was already confined to a mental hospital, the first major period of his career at an end.

This smart reissue of Victor Corti’s 1970 translation is welcome, offering a new generation access to Artaud’s vision of theatre as total art form: a “mass theatre”, sacred but non-religious, popular and physical, a feast of the senses – with exaggerated costumes, aggressive lighting and loud noises – a terrifying, intoxicating, waking dream. Even after all these years, it still sends shivers down the spine.
Posted by Ian Pindar at 8:09 PM
Labels: from the Times Literary Supplement 30/07/10 No 5600