Russia Against Napoleon: The Battle for Europe, 1807 to 1814, by Dominic Lieven (Penguin) 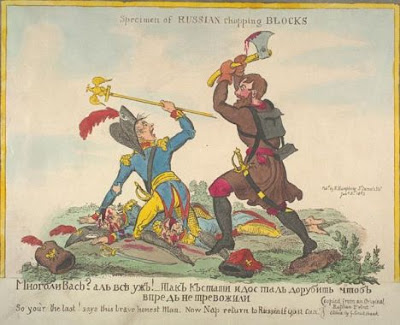 “No Western professor has ever written a book on the Russian war effort against Napoleon,” Lieven complains. So here it is: a provocative military history from a Russian perspective. It starts with Alexander I and Napoleon pledging peace in 1807 and ends with the Russian army’s entry into Paris in 1814. Russia routed the French in 1812, but whereas Tolstoy (and later Soviet propagandists) depicted it as a “people’s war”, Lieven argues that it was in fact a victory for the Russian empire and the Tsar’s efficient military machine. He makes a strong case for the quality and versatility of the Russian army, especially the light cavalry units. Lieven is also keen to show that the undervalued campaigns of 1813–14 are just as impressive, highlighting Russia’s diplomatic skills. The tsar’s influence and commitment, he insists, led to Napoleon’s overthrow. Lieven also examines the crucial role of horses (Napoleon ran out of them, while the Russians had the swift horses of the steppes) and the logistics of feeding and equipping a Grande Armée.
Posted by Ian Pindar at 3:41 PM
Labels: from the guardian: 04.09.10