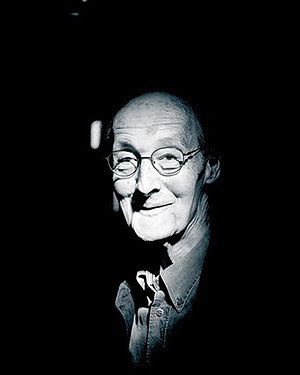 Ecologists often talk about species extinction, but in Ecologica the social philosopher André Gorz (1923–2007) contemplates the extinction of capitalism. Shortly before his death, Gorz predicted the global economic meltdown. “The real economy is becoming an appendage of the speculative bubbles sustained by the finance industry,” he observed in “The Exit from Capitalism” (2007), included here, “until that inevitable point when the bubbles burst, leading to serial bank crashes and threatening the global system of credit with collapse and the real economy with a severe, prolonged depression.” Unlike most economists, however, Gorz regarded our over-dependence on the financial industry as a sign that capitalism has reached its “internal limit”: “the art of making money by buying and selling nothing but various forms of money”.

But which will come first, capitalism’s extinction or the extinction of humankind, the logic of capitalism leading to climate catastrophe? In place of a destructive “religion of growth”, Gorz argues for “de-growth”, a productive alternative to capitalism. We need to develop “self-limiting” lifestyles of our own, he says, wasting and consuming less, but also working less. Our quality of life cannot be judged by GDP figures alone, he says. We need to get away from “growth in itself” as our raison d’être, especially when growth in recent years has meant nothing but a “growth in debts”. Economists lack any notion of what is sufficient – some idea of a limit beyond which we are producing and consuming too much.

So how do we achieve the long-promised “exit from capitalism”? Here, Gorz is less forthcoming, but it seems to involve “‘social experimentation’ around new ways of living communally”, and the use of “alternative technologies”. The emergence of free software on the Internet might offer a new model, he suggests. Skilfully translated by Chris Turner, this provocative collection of essays challenges “the domination by capital of our mode of life”. One of the best pieces here is “The Social Ideology of the Car”, a masterpiece of clarity and insight, in which Gorz argues that the car killed off the city, as it did all alternative modes of transport, and now, as the roads become increasingly congested, “the car is killing off the car”.
Posted by Ian Pindar at 9:38 AM
Labels: from the Times Literary Supplement 12/11/10 No 5615

I recently became interested in Andre Gorz after reading an interview of him by John Keane in Grand Street #38 from 1991. Then I got 2 copies of Gorz' Critique of Economic Reason, the English translation and also the French original, because, as they say, something is always lost in translation.

It seems to me that the most important step to take if we are to save humanity from the negative effects of capitalism, ecological and otherwise, is to draw the attention of sufficiently many people to thinkers such as Gorz, who have recognized capitalism's inherent flaws, taken a step back and re-examined widespread basic assumptions. Unfortunately, many if not most people continue to associate capitalism with freedom and criticism of capitalism with people like Stalin and Pol Pot. And so their minds tend to be very closed to the eminently sensible things Gorz says.