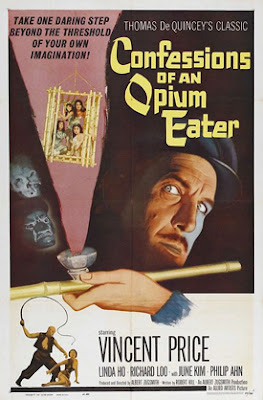 It began with toothache. Thomas Quincey (who called himself De Quincey) bought a tincture of opium at a druggist’s shop in 1804 and discovered that “Happiness might now be bought for a penny, and carried in the waistcoat pocket.” It was the start of his “opium career”, as recounted in his Confessions of an English Opium-Eater (1821), which influenced Baudelaire and Poe among others and did so much to romanticise the drug. Drawing on new sources, Morrison has written a balanced and affectionate account of a life of unfulfilled promise. He is especially good on De Quincey’s life-changing encounter with Wordsworth and Coleridge and his role in establishing the cult of the Lake Poets (although later Wordsworth shunned De Quincey for marrying a farmer’s daughter). It is also illuminating on Ann, the prostitute who rescued De Quincey in London, then mysteriously disappeared. De Quincey certainly visited prostitutes, Morrison says, but Ann is probably a composite of several women, including Mary Magdalen and his dead sister Elizabeth.
Posted by Ian Pindar at 4:04 PM
Labels: from the guardian: 20.11.10