The Storm of War by Andrew Roberts 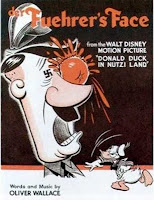 Andrew Roberts's publisher agreed to this history of the second world war provided that the author found out something new, and he has indeed unearthed a couple of nuggets of overlooked evidence at the Ian Sayer Archive, Britain's largest private archive of unpublished second world war material.
The first, with which this book begins, is a tetchy note to Hitler from the head of the army, General Werner von Blomberg, reminding him of their secret pact to secure his claim to power. As Roberts reveals, Hitler swiftly disposed of this irritant and seized control of the army. The Nazis were adept at smear campaigns, and Blomberg was forced to resign when it was revealed that his wife had posed for pornographic photographs.
"I shall never understand why the German army did not finish the British army at Dunkirk," Churchill observed. Hitler could have captured more than a quarter of a million prisoners of war and held the British government to ransom, but instead he ordered his panzers to halt outside Dunkirk. It is thought that perhaps the Führer hoped to make peace with Britain, but Roberts has found a handwritten note from Hitler's operations chief, Alfred Jodl, suggesting that the Nazis never wavered in their determination to destroy the allied army.
Hitler's halt order was his first strategic blunder, says Roberts, but as this impressive history reveals, it would not be his last. The big question Roberts asks is whether or not Hitler's Nazism was responsible for his downfall. The unsurprising answer is yes: "Hitler's antisemitism, culminating in the Holocaust, was central to his Nazism but it did nothing to aid Germany's chances of winning the war, and possibly a good deal to retard them."
The surprise success of his blitzkrieg aside, Hitler's military incompetence is everywhere attested to, especially his willingness to trust his "gambler's instinct" rather than actually consult a map. If Hitler hadn't taken control of Germany's armed forces he might have won the war, but if invading Russia was his greatest error (an ill-fated plan "buried so deep within the Nazi DNA that it could not be stopped", Roberts writes), then his second major gaffe was underestimating America.
Roberts has been something of a hit in the US. His A History of the English-Speaking Peoples Since 1900 resulted in an invitation to the White House in 2007, and one critic dubbed him "the fawning court historian of the Bush administration". Roberts doesn't make it easy to like him. A devout Thatcherite, unwavering in his support for the Iraq war, he blames President Clinton (not the laissez-faire economics of Thatcher and Reagan) for the global credit crisis (and for the rise of al-Qaida), while a lecture at the Springbok Club earned him the accusation of being a white supremacist.
Fortunately, that Andrew Roberts is not in evidence here. The Storm of War is a great achievement, an immensely readable, nicely paced feat of historical condensation. There is an enormous amount of material to organise, and one cannot be an expert on all fronts, so this book naturally owes a debt to other historians. Ian Kershaw, Antony Beevor and many more have all been absorbed. It's a conservative history, and Roberts is proud of "Last Hope Island" as he calls Britain, but for a man who almost seems to model himself on Churchill, he is not uncritical of our wartime leader.
Nor is Roberts dewy-eyed about US-British relations. "There was nothing inevitable about the wartime alliance between America and Britain," he says. "There had been much rivalry between Britain and the United States in the 1920s and 1930s, exacerbated by ignorant stereotyping on both sides."
He even quotes a former US military attaché to London as saying, "The English feel about us just the way we feel about a prosperous nigger." His American admirers will not enjoy having the US army's record of raping civilian women compared to that of the Red Army, even if Roberts concedes that the Russians were the more determined violators. He also exposes racism in the US army, observing that 79 per cent of those executed for rape were black, when blacks made up only 8.5 per cent of the US army in Europe.
America's crucial contribution to the war is not overlooked, but Russia's self-sacrifice and heroism is ultimately the dominant theme. "It was the Russians who provided the oceans of blood necessary to defeat Germany," he writes. "At the heart of the Second World War lies a giant and abiding paradox: although the western war was fought in defence of civilisation and democracy ... the chief victor was a dictator who was as psychologically warped and capable of evil as Adolf Hitler."
The second world war claimed the lives of 50 million people. That's six killed every minute for six years, says Roberts. The methods by which they died - the gas chambers, being rounded up and shot, being beheaded by the Japanese navy - turn the stomach. His chapter on the Holocaust is measured and compassionate, and there are plentiful asides on the human cost of war.
Roberts is also dismissive of Hitler apologists such as David Irving, and this excellent one-volume history of the war stands as a principled rebuttal to their claims that Hitler was in any way a genius.
Posted by Ian Pindar at 2:15 PM
Labels: from the Guardian: 29/08/09