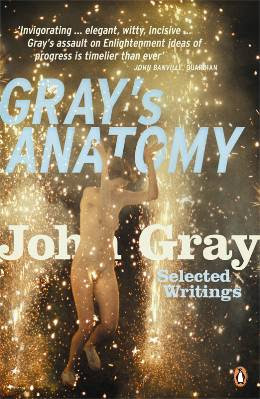 The future will be dominated by wars of resources and faith, predicts John Gray in this collection of his writings over the past 30 years. He attacks “liberal fundamentalists” and neo-cons and Blair-style “messianic politics”, accusing his opponents of “a weakness for uplifting illusions” that he doesn't share. A liberal conservative, Gray still clings to some beliefs: humans are predatory and violent, and civil society is worth defending. “Poetry and religion are more realistic guides to life” than science and technology, he concludes, although religion gets all the attention here. In fact, there is little sense of what Gray means by poetry, other than Keats’s “negative capability” and his admiration for “the greatest twentieth-century Tory poet” Philip Larkin. Also included here – among essays on Thatcherism, “evangelical atheism”, environmentalism, torture and globalisation – is a reverent piece about Damien Hirst, which ignores the fact that the multi-millionaire artist is a product of the same speculative bubble Gray correctly predicted would burst.
Posted by Ian Pindar at 4:05 PM
Labels: from the Guardian: 17.04.10