A Radical History of Britain, by Edward Vallance 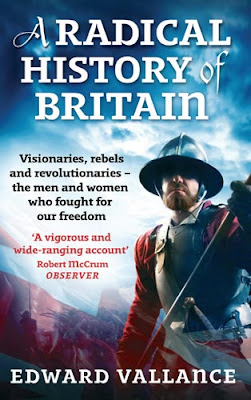 Magna Carta, the Peasants’ Revolt, the Levellers, the Chartists, the early Labour movement and the suffragettes are all proudly invoked in the 2005 BNP manifesto. Proof, says Edward Vallance, that the “radical tradition” appeals to both fascists and liberals. They look back to “a misty Anglo-Saxon Utopia” that never existed. This ambitious history of British radicalism sets the record straight, starting with Alfred the Great (“the first British radical”) and progressing through all the rebellions and martyrdoms and people’s charters and reforms to which we owe most of the political rights we enjoy today. A mischievous Vallance also reminds us that many of these radical movements were in favour of reducing taxes and the size of the state: “The urge remained at root individualist, or at best localist, rather than collectivist.” This book joins several others by young historians tackling British radicalism and liberty. Like them, Vallance ends with a warning not to be complacent about democracy and to do something to end “the untrammelled power of parliament”.
Posted by Ian Pindar at 11:45 AM
Labels: from the Guardian: 03.04.10