The Man Who Owns the News: Inside the Secret World of Rupert Murdoch, by Michael Wolff 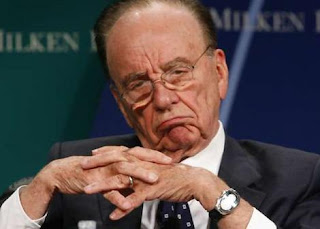 “I hope you’re going to use your access to Murdoch to really screw him,” a fellow journalist told Michael Wolff, who had nine months with the great man. Wolff’s liberal instinct is to mock, and Murdoch was dismayed when he read the manuscript. Yet this isn’t a hatchet job. The unexpected arc of this enjoyable book – especially with its fascinating afterword on Murdoch’s war on the internet – is that “journalism’s great debaser is now its last protector”. Murdoch’s unshakeable faith in newspapers as the industry declines is almost touching, but Wolff argues that Murdoch doesn’t understand the internet because he thinks only in terms of market domination. Will his paywall work? Nobody knows, and a lot hangs on the question: will people pay to read Jeremy Clarkson online? Murdoch is loathed, Wolff explains, because he doesn’t need approbation, and comes across as a workaholic, friendless, autistic, monomaniac with a love of gossip. “It’s one man’s war,” Wolff says, “a relentless, nasty, inch-by-inch campaign.”
Posted by Ian Pindar at 3:55 PM
Labels: from the Guardian: 15.05.10