The End of the Party: The Rise and Fall of New Labour, by Andrew Rawnsley (Penguin) 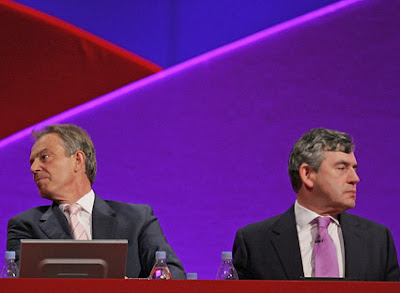 Gordon Brown and Peter Mandelson hated each other so much that a mutual friend once described them as “like scorpions in a bottle; only one of them will crawl out alive”. After reading Rawnsley’s stinging account of New Labour’s journey from triumph to disaster, one feels impelled to add Tony Blair to that bottle and to conclude that nobody got out alive. As a team, Blair (“fluid and protean”), Brown (“a desiccated calculating machine”) and Mandelson (“the sultan of spin”) excelled at winning elections, but they were not so good at running a government. Yes, this is gossipy political journalism, but Rawnsley manages to shape a welter of sources into a compulsively readable narrative. This paperback edition also includes fascinating new material on Brown’s last months in office and this year’s inconclusive general election. Clegg was still haggling with Hague when Brown abandoned Number 10, and David Cameron made a hasty phone call to his wife: “We could be going to the palace. You’d better get your frock on.”
Posted by Ian Pindar at 12:17 PM
Labels: new labour