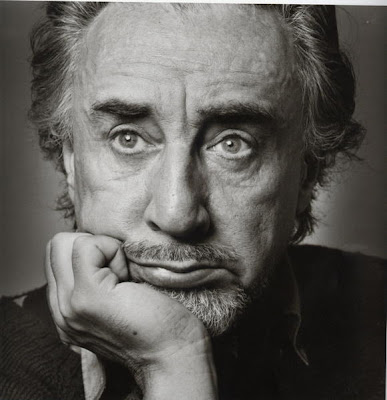 In 1974 the rich and famous French novelist Romain Gary (1914–80) had many books to his name, but it was the name that troubled him. He felt a prisoner of his own image. So his next novel, Gros-Câlin – a first-person narrative about a man living with a pet python – appeared under a pseudonym: Émile Ajar. It was a bestseller, and Ajar’s follow-up, La Vie devant soi (Life Before Us) (1975), became the highest-selling French novel of the last century.
Who was Émile Ajar? The press wanted to know, as did Ajar’s publisher. Hiding out in Geneva, Gary wrote Pseudo (1976) – translated here as Hocus Bogus – in which he reveals Émile Ajar to be the pseudonym of . . . Paul Pavlowitch. (Pavlowitch, Gary’s cousin, gamely agreed to pretend to be Ajar.) So what we are presented with here is Romain Gary (born Roman Kacew) writing as Émile Ajar, revealing his “true” identity to be that of Paul Pavlowitch.
It worked. Hocus Bogus is full of hints as to the work’s real author – Gary even put himself in it as the character Uncle Bogey – but nobody in the French literary establishment spotted the deception. The translator David Bellos calls it “one of the most alarmingly effective mystifications in all literature”. Revealing everything in the posthumously published The Life and Death of Émile Ajar (included here, translated by the late Barbara Wright), Gary describes it as a comparable wheeze to Macpherson’s Ossian. Bellos sums it up best as, in essence, “a victory of literature over criticism”. Gary’s main targets are cynical publishers and fickle critics.

Hocus Bogus is an unclassifiable work, a faux-memoir and a delirious commentary on the author function (“There is no Author . . . He’s not there. He doesn’t exist”). It is as much Bellos’s book as Gary’s, a pet project for the prizewinning translator of Georges Perec and Ismail Kadare: “I have larded it with my own bad puns, I have infiltrated anachronisms and literary allusions in some quantity.” Bellos clearly relishes the way Gary made fools of the literary establishment. The French critics dismissed Hocus Bogus as “slapdash”, mistaking its deliberately schizoid character for artlessness. It is a testament to Gary’s artful deception that they wagged their fingers at Paul Pavlowitch.
Posted by Ian Pindar at 9:58 AM
Labels: From the Times literary Supplement: 24.09.10 No 5608