Map of a Nation: A Biography of the Ordnance Survey by Rachel Hewitt 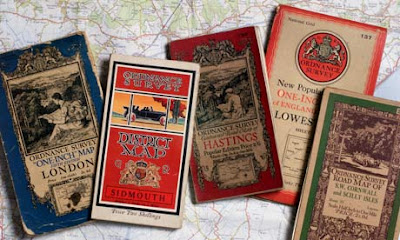 The "cubist jigsaw of overlapping sheets" that is the Ordnance Survey of Great Britain is a national treasure, cherished by ramblers and right-to-roamers, but in Map of a Nation Rachel Hewitt reminds us that its origins are military and that it is, in fact, part of "a long history of British military efforts to subdue neighbouring territories through cartography".
The OS began with the idea of a "military survey of Scotland", which would facilitate the occupation of the Scottish Highlands. Redcoats trying to root out Jacobite rebels in the most inaccessible Highland regions were hampered by inaccurate intelligence. "This place is not marked on any of our maps," Captain Frederick Scott objected in a letter to his commander in 1746, a month after the battle of Culloden. The rugged landscape was, quite literally, "unreadable" and the rebels were getting away.
Employed by the Board of Ordnance, William Roy began mapping the Highlands in 1747, pushing a surveyor's wheel and using a simple kind of theodolite called a circumferentor. Later he was joined by a "ragtag bunch of young surveyors" and they finished mapping the entire Scottish mainland in 1755. The Military Survey of Scotland, drawn in pen and ink with watercolour washes, offered "a vast, gorgeous bird's-eye view of mid 18th-century Scotland". But Roy didn't stop there. His dream was a complete map of Britain.
The French had begun their own mapping project more than a century before, and the Carte de France (1756), a complete national map of unprecedented accuracy and scope, was a model for the OS. It was, Hewitt argues, "the highest ideal of the Enlightenment: perfect measurement of the ground beneath our feet". However, war with France changed all that. The survey, begun in 1791, quickly became part of Britain's defence strategy, as England's south coast and the far south-west corner of Wales were mapped to assess their vulnerability to French invasion.
Before it had finished mapping England and Wales, however, the OS turned its attentions to Ireland. The Irish Ordnance Survey, begun in 1825, is easily caricatured as a "tool of English imperialism", Hewitt says, but in fact it was an attempt by Irish-speaking Catholics to salvage Ireland's ancient cultural heritage. Place names were always "a mighty headache to early mapmakers". Some surveyors wrote down the first name they heard; others were more conscientious. Some of the mistakes are worthy of Finnegans Wake: the ancient name of Queen Taillteann, for instance, was transcribed by one mapmaker as Telltown, while Monaster O'Lynn (O'Lynn's Monastery) became "Moneysterlin".
This is a solid account of how Britain's national mapping agency came into being, though it lacks a certain pizzazz. Hewitt works hard to bring the story to life, but it is perhaps inherently undramatic. Nevertheless, she is good on the military, scientific and ideological impulses behind the OS and on its enormous appeal to the general public. The first map (Kent and part of Essex) was made available in 1801 and not long afterwards surveyors were being pestered by tourists in search of the sublime or picturesque. One director of the Ordnance Survey objected to these "swarms of idle holiday visitors" and fantasised about working in "almost inaccessible positions", free from "disagreeable intrusions". Paradoxically, the very men who had opened up the landscape to the people still dreamed of getting far from the madding crowd.
Posted by Ian Pindar at 9:47 AM
Labels: from the guardian: 16.10.10