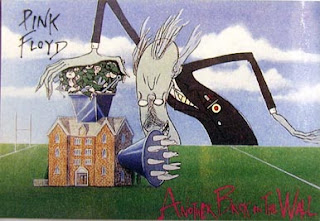 I have mixed feelings about Andrew Neil’s documentary last night: Posh and Posher: Why Public School Boys Run Britain (you can see it here on the BBC iPlayer).

Neil’s main thesis that meritocracy seemed to die around the turn of the century (that is, 2000) appeared unassailable, but so did Peter Mandelson’s point that the 11 Plus is not the answer.

“That appalling selection at the age of eleven,” Mandelson said, “in which people are almost sitting an exam on the flip of a coin, where there were some people who were going to go on and go through their grammar school and enter the professions, and those who were – forever and a day – relegated to, frankly, not only a different type of education, but a lesser type of education”.

Neil still pushed the selection line, although he admitted that “nobody wants a return to the black-and-white system of the Fifties and Sixties – the 11 Plus was far too brutal a watershed, consigning those who failed to second-rate secondary moderns”, but he suggested a more “sophisticated” exam might enable a split in state education between “good vocational schools” and “academic hothouses”, “without consigning anyone to the dustbin”.

In my view that would be making the same mistake. There is always the danger that someone will slip through the net, and that an academically gifted child might end up at one of Mr Neil’s “vocational” schools.

I know because it happened to me. I failed the 11 Plus in 1981 – yes, as late as that – and as a result was sent to a second-rate secondary modern. (My father, a builder, thought this was a good choice as there was a strong emphasis on woodwork and metalwork.) Fortunately for me, I escaped and went on to get a First from Oxford University in 1991, but I did this against the grain of the education system – and also in large part thanks to a select few teachers* who recognised my potential, plus an enormous helping of luck.

So it just makes me angry when pundits like Tony Parsons say bring back grammar schools “because they work” – they might do for some, but spare a thought for the bright working-class girls and boys who will always fall through the net.


* Eternal thanks to Mike Coy, Marilyn Davies, Mrs Caws and others.
Posted by Ian Pindar at 10:58 AM
Labels: andrew neil, education