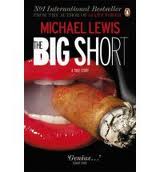 In this stylish account of economic duplicity and incompetence, Michael Lewis introduces us to a handful of hedge-fund managers and bond salesmen who became extremely wealthy by betting against “the interest-only negative-amortising adjustable-rate subprime mortgage” market. They were the first to detect a dramatic decline in lending standards in the banking system, and to predict it would all end in tears, but the terrifying question remains: why didn’t anyone else? Groupthink would seem to be the answer. Lewis likes to write comic stories, he says, but this was a monumental tragedy. The Big Short brilliantly emphasises the virtues of being a loner and not a lemming. The prescient misfits whose tales Lewis tells all tend to confuse and upset the people around them – Steve Eisman is rude and obnoxious; one-eyed Michael Burry has Asperger’s – but correctly believed they were watching a disaster movie unfold. There are no heroes in this compelling book. For the oddballs who bet on a recession happening and won, it’s a hollow victory.
Posted by Ian Pindar at 5:10 PM
Labels: from the guardian: 05.02.11