Johann Hari: Frenzy around Britain's Royal Wedding "Should Embarrass Us All"
Posted by Ian Pindar at 3:24 PM No comments: 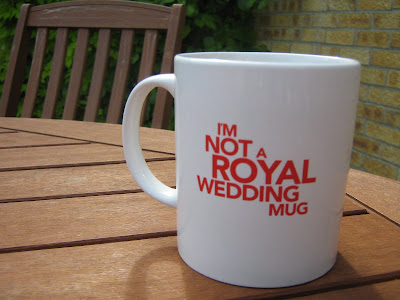 Posted by Ian Pindar at 7:51 AM No comments:
Labels: monarchy, politics

Copies of Emporium have been sighted . . . 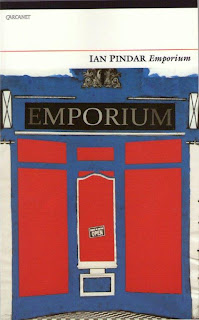 One has even turned up in Sweden (thanks, Sis)
Posted by Ian Pindar at 3:20 PM No comments:
Labels: emporium, poetry, trumpet-blowing


Man, I was gone with it ―inspiration’s mammy was with me. And to top it all, I walked down Madison Street one day and what I heard made me think my ears were lying. Bessie Smith was shouting the Downhearted Blues from a record in a music shop. I flew in and bought up every record they had by the mother of the blues ― Cemetery Blues, Bleedin’ Hearted, and Midnight Blues ― then I ran home and listened to them for hours on the victrola. I was put in a trance by Bessie’s mournful stories and the patterns of true harmony in the piano background, full of little runs that crawled up and down my spine like mice. Every note that woman wailed vibrated on the tight strings of my nervous system; every word she sang answered a question I was asking. You couldn't drag me away from that victrola, not even to eat.

Not only did the magnificent Harriet Shaw Weaver (1876–1961) keep Ezra Pound’s The Egoist afloat (later becoming its editor), but she gave financial support to James Joyce. She serialised A Portrait of the Artist as a Young Man in The Egoist and then set up the Egoist Press to publish it. She did a similar thing for Ulysses: serialising it in The Egoist, then arranging publication. She didn’t really like Finnegans Wake, but she never imposed conditions on Joyce and continued to support him financially.

Now I am in no way comparing myself to James Joyce, but what I do need – right now – is a literary patron! So anyone who thinks they might like to support a struggling poet, please use the email address in the contact section on the right. You’ll find me a relatively inexpensive acquisition, but I have so many projects as yet unfulfilled, I sometimes wonder if they’ll ever come to fruition.

So Harriet Shaw Weaver, if you’re out there, come to me now in my hour of need!
Posted by Ian Pindar at 10:05 AM No comments:
Labels: dirty laundry, literary patron, poetry
Newer Posts Older Posts Home
Subscribe to: Posts (Atom)