TIME: What do you think it's going to be like to meet God?

ASHBERY: Episcopals are famed for their martinis, so I imagine he will hand me one when I arrive.

Time interviews John Ashbery
Posted by Ian Pindar at 9:08 AM No comments:

Thought for the Day


'Much, though not all, of the vital poetry around is published by smaller presses far from the centre, while the commercial publishers too often tie themselves to hyped fads and mainstream fashions. What else should we expect? Fine poets are individualistic, living on the fringes, metaphorical and geographical, of the literary scene.'

I’ve become quite addicted to The Keiser Report on RussiaToday (available on Freeview). Here is Max Keiser beginning with a bizarre debt-as-pepper-spray trope, before turning his attention to the UK and laying into the Prime Minister’s housing plans. It’s a welcome antidote to the colourless news reporting we get in the UK. 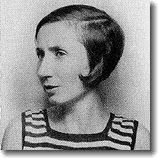 When I was an editor at the Harvill Press I put out feelers regarding a short biography of Suzanne Déchevaux-Dumesnil, the woman who lived in Samuel Beckett’s shadow. The answer came back that there was ‘nothing there’, but in my view she remains a rather fascinating figure.

Tim Parks’s review of The Letters of Samuel Beckett: 1941-56 in the London Review of Books only confirms this. Beckett changed over the war years, says Parks, but the war was not the only factor:


“. . . most of all there was Suzanne. Already acquainted with Beckett, she had drawn close to him when he was at his most vulnerable, hospitalised in 1938 for stab wounds received in a mugging. Six years older than Beckett, Suzanne would allow him to depend on her economically, while letting him retain an independence of action few partners would have granted. She would also provide a buffer between Beckett and the literary world, taking his manuscripts to publishers, writing to them for him and later going to productions of his plays to check that all was being done as he wished. It wasn’t quite the scenario of First Love – the man barricaded in his bedroom while the beloved provides – but Beckett had found a remarkable facilitator.

Yet we hear almost nothing about her from his correspondence: Suzanne sends her greetings, Beckett tells us at the close of many letters; she asks to be remembered; she thanks someone for chocolates. In one letter he mentions her ‘heroically spreading out her dressmaking’ and in another that she has painted a wheelbarrow red. But nothing about their relationship or her opinions. What letters Beckett wrote to her and she to him have not survived; one assumes this was deliberate. Towards the end of a letter to Duthuit, written from Dublin in August 1948, Beckett comments: ‘Suzanne writes, letters that are more and more dismal. At bottom, she is inconsolable at living.’”

You can read the full review here.
Posted by Ian Pindar at 9:40 AM 1 comment:
Labels: Beckett, harvill 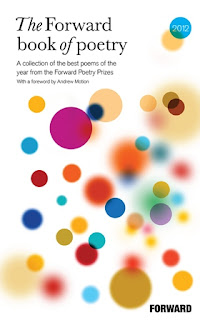 My poem 'What is the Matter?' (from Emporium) has been chosen by the judges of this year's Forward Prize to be included in The Forward Book of Poetry 2012, 'a collection of the best poems of the year'.

Rob A Mackenzie in Magma 51 calls it 'dark, witty and entertaining . . . "Mrs Beltinska in the Bath", "Armageddon", "Time Remaining" and several others are as ingenious as anything I've read for a while, and few collections have been half as entertaining.'

And then, over in Poetry London (Autumn 2011 No.70), Claire Crowther says: 'Pindar uses varied forms, a sestina, collage ("Chain Letter" is a tour de force of other poets' lines from William Langland to Maxine Chernoff), as well as open form . . . Pindar is urbane, funny and profound. A brilliant first collection.'

Posted by Ian Pindar at 9:40 AM No comments:
Labels: emporium, trumpet-blowing

I've only just stumbled across this: “His work is disaffected, numb, alienating.” Judy Kendall in PN Review in 2003, describing my contribution to New Poetries III.

I shall wear that as a badge of honour, I think.

One does one’s best.
Posted by Ian Pindar at 2:14 PM No comments:

A Whiff of Rot in the West

'Poetry is a form of dissent', says Simon Armitage, CBE.

". . . the latest phase of Europe's sovereign debt crisis has exposed the quite flagrant contempt for voters, the people who are going to bear the full weight of the austerity programmes being cooked up by the political elites. Here's how things work. The real decisions in Europe are now taken by the Frankfurt Group, an unelected cabal [. . .] What matters to this group is what the financial markets think not what voters might want. [. . .] This would be deeply troubling even if it could be shown that the Frankfurt Group's economic remedies were working, which they are not. Instead, the insistence on ever more austerity is pushing Europe's weaker countries into an economic death spiral while their voters are being bypassed. That is a dangerous mixture."

more
Posted by Ian Pindar at 4:17 PM No comments:

Corporatocracy vs The Rest of Us

Naomi Wolf in the Observer:

'The conflict is no longer between right and left, but between the "one per cent" – a corporatocracy that, without transparency or accountability, is claiming the lion's share of the planet's resources and capital, while disregarding democratic processes – and, well, the rest of us.

This single global family, transcending national boundaries, just wants a peaceful life, a sustainable future, economic justice and basic democracy. On the other side, the global corporatocracy, also transcending national boundaries, has purchased governments and legislative processes, developed its own military, mercenary or quasi-military enforcers, engaged in systemic economic fraud and plundered treasuries and ecosystems.'

"Regrettably, most people have little or no appreciation of the best of today's Chinese poets and their work. Much of the poetry collected in this volume will, at the very least, reveal to the readers of poetry in two countries…the true features of China's fine contemporary verse." Qingping Wang, editor


"Thought is making a fresh start."
Xi Chuan
Posted by Ian Pindar at 3:21 PM No comments:

Death of The Poet

The young Occupy OKC protester who was found dead in his tent on Monday was known as "The Poet".

"Dry my tears in the wind
You say you feel my pain
But you don’t even know what pain is."

Yes I am still alive.

You can also read my review of Tintin: Hergé and His Creation by Harry Thompson here. 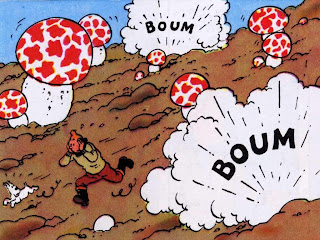