Copies of Constellations have been sighted

As the great Bill Withers once said, Take It All In And Check It All Out . . . 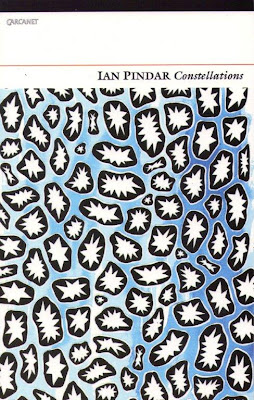 A great essay by Peter Riley on the poetry prize culture. Excerpts below. Read it all in The Fortnightly Review.

“It’s a question of disproportion –- not of whether some poets are better than others (of course they are) but of whether a very small number of poets (less than a dozen) are really about a thousand times better than all the rest, and so should pick up all the prizes, for such is the structure that prize culture creates. And anyway the word ‘better’ is not used: the elected poets are invariably ‘best’. The back cover of Rain by Don Paterson, another multiple prize-winner, bears a blurb by Colm Tóibín proclaiming him ‘One of the greatest poets now writing anywhere’. What in that case could possibly make you think twice about buying it, except perhaps doubt as to whether Mr Tóibín has in fact read the works of all the living poets in the world? It is a culture of the superlative exclusively. . .

Indeed, the resemblances between the reward structures in poetry and those in operation generally in the west, especially among the ‘financial community’, have not gone unnoticed . . . success creates success and prizes create prizes . . . While poetry remains economically insignificant . . . the award structure openly mimics commercialism. Like the festivals, it is a promotional machine which creates a star system in order to market a few products as exceptional. . .

This brings us to the big questions about all these guarantors of success: what are the social and intellectual implications? If in writing poetry you are involved in ‘the society of the poem’, what do you want that society to be? To the accusers, the poetry hierarchies erect a simulacrum of some near-eastern state in which a band of hereditary potentates live in immense luxury in a fortified palace and everyone else endures grinding poverty in the fields. . .

What remains is the underlying assumption of the whole structure of poetry prize-giving -– that however much we and our poetry may protest and campaign, however much the cultural sphere may be at odds with the administration, it is itself settled and satisfactory and in perfect working order. Merit will inevitably be recognised and rewarded, thus encouraging the progress of the art. It is all clear and continual. Awkward questions about the unrecognised are mute, as they are about the former unrecognised, such as Gerard Manley Hopkins or Emily Dickinson. No, no, there may have been aberrations in the past but fundamentally we know what is happening, we know what is important, nothing escapes us, we find it and we give it the prize. But it does escape, of course, it must.”
Posted by Ian Pindar at 10:56 AM No comments:

Posted by Ian Pindar at 8:45 PM No comments:

The Answer by Niels Plenge (with Charles Bernstein)

This (below) was such fun I had to post it. It's nice to splice.

Posted by Ian Pindar at 3:47 PM No comments: 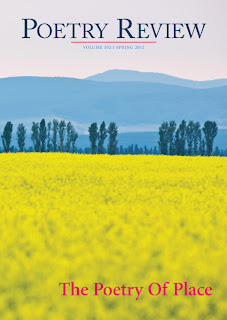 The first poem in my forthcoming collection, Constellations (out in May from Carcanet), appears in the latest issue of Poetry Review. You can read it on the Poetry Review website.
Posted by Ian Pindar at 5:03 PM No comments:
Newer Posts Older Posts Home
Subscribe to: Posts (Atom)